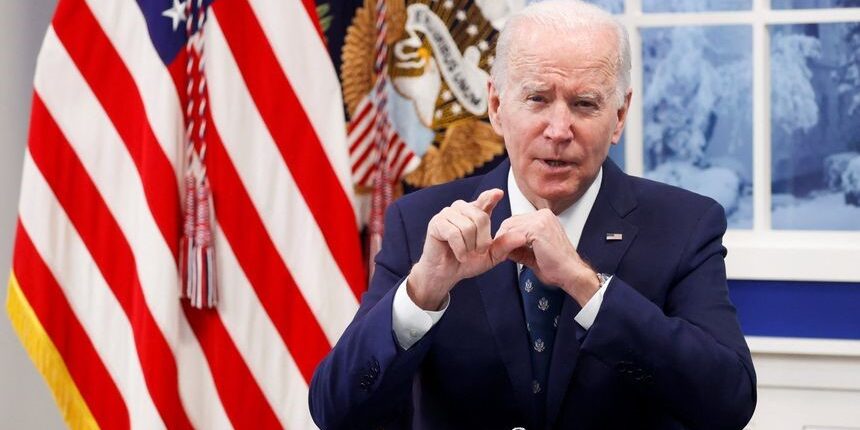 The Biden administration on Monday outlined tighter regulations for U.S. meatpackers, accusing the industry of inflating Americans’ food bills, as meat companies say they are experiencing persistent supply chain problems and labor shortages as the economy recovers from the pandemic.

President Biden’s push to tackle meat prices comes as his administration seeks to ease inflation, which hit a nearly four-decade high in November. Inflation has emerged as a pressing concern for American voters, a Wall Street Journal poll released last month found, and Republicans have been criticizing Mr. Biden over high prices for months.

The White House’s efforts to bring down meat prices aim to foster competition and bolster U.S. farmers in a roughly $213 billion industry in which the four largest companies control 85% of beef production and 54% in poultry, according to the administration. The steps range from funds for regional meat processors to help them better compete with big companies, to stricter rules for livestock purchasing and meat labeling, which are aimed at supporting U.S. farmers.

“Capitalism without competition isn’t capitalism, it’s exploitation,” Mr. Biden said in a virtual meeting Monday with farmers and ranchers. “That’s what we’re seeing in poultry and those industries now. Small independent farmers and ranchers are being driven out of business.”

Meat industry officials have pushed back, attributing higher price tags in meat cases to deepening labor challenges in meatpacking plants and rising costs for transport, packaging and animal feed. In November, the price of items such as bacon and ground beef were up 26% and 17%, respectively, from a year earlier, according to the Labor Department’s consumer-price index.

Big meatpackers are the latest industry to come under scrutiny from the Biden administration for high prices.

The president has outlined numerous steps he says would help reduce prices across the economy, such as tackling supply-chain logjams by pushing ports in California to speed up handling of containers. The administration also has pushed oil companies to produce more oil in hopes of lowering gasoline prices, and in November Mr. Biden asked the Federal Trade Commission to investigate whether oil-and-gas companies are participating in illegal conduct aimed at keeping prices high.

Mr. Biden’s efforts in the meat industry have received support from farm groups such as the American Farm Bureau Federation and National Farmers Union.

The North American Meat Institute, which represents meat companies, said promised new government spending to expand independent meat processing will come too late to lower prices for consumers and producers and that the market has already begun to balance itself between supply and demand, evening out price hikes.

Meat Institute spokeswoman Sarah Little said that labor remains the biggest challenge for the industry and that meat companies can’t operate plants at full capacity because they struggle to employ a long-term stable workforce. “New capacity and expanded capacity created by the government will have the same problem,” she said.

“It is pretty clear that the administration is attempting to use higher prices to justify their pre-existing agenda to overturn decades of bipartisan consensus around antitrust and competition policy in favor of a ‘government-knows-best’ regulatory approach,” said Neil Bradley, the group’s executive vice president and chief policy officer.

A White House overview of plans for the meat industry, which includes administration actions that are already under way and legislative proposals Mr. Biden supports, calls for $1 billion to be dedicated to expanding independent meat processing. The Biden administration has promoted that money as a way to increase competition for farmers’ livestock and poultry and help make the food system less susceptible to disruption.

The White House said Monday the U.S. Department of Agriculture was increasing available funding for those efforts. The USDA committed $500 million this summer for grants, loans and other support to establish new processing facilities and help diversify the meat industry. In October, the USDA promised another $100 million for loan guarantees to start up or expand meat and poultry processing facilities.

The USDA also said in June that it was crafting new rules that would change how companies pay chicken farmers, while making it easier for farmers to pursue disputes against meatpackers. The administration has begun work on new rules to combat what it says are abuses by meat processors and for when a product can be labeled “Product of USA.”

A July 2021 executive order directed the USDA to consider new rules that would make it easier for farmers to win certain types of claims under a federal law designed to preserve fair competition and trade practices in the meat industry.

Republican and Democratic lawmakers have proposed legislation that would require beef processors to buy more cattle on open markets and would lead to minimum regional prices. A group of senators in June rolled out a separate bill that would appoint a special investigator to enforce meatpacking regulations and probe potential anticompetitive conduct. The Biden administration said Monday it supported such efforts.

Write to Patrick Thomas at Patrick.Thomas@wsj.com and Catherine Lucey at catherine.lucey@wsj.com

Sign up for insights and ideas of how to creatively handle capex financing throughout the business cycle. We’ll never share your info and always be responsible about the cadence of our electronic communications.